Happy Friday everyone!  I’m so glad this week is coming to a close…it’s been a long one over here.  I hope you all have fabulous weekends. 🙂 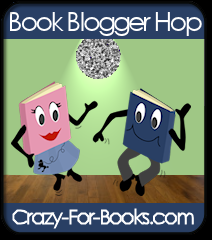 The Firday Book Blogger Hop is a weekly meme hosted by Crazy-for-Books.com.  It’s held in conjunction with the Twitter based Follow Friday hashtag and is always a lot of fun.  Every week that I’ve participated I’ve discovered several new blogs to follow and I keep making more and more absolutely nifty friends through this hop.  I love it!

This week’s question is from Tina @ Book Couture:

“How do you spread the word about your blog? (e.g. Social Networking sites, Book Blog Directories, comments on other blogs…)”

My Answer: I am actively taking advantage of every social media outlet that I can find.  Twitter has become a daily thing, Facebook…eh, I use it sparingly, but it is there, I’ve signed up for a few Blog Directories, I comment on other blogs when I feel I have something significant to say, and the Ning network has started bringing in some traffic for me.  Mostly, though, I try to just be friendly and honest with everyone I come into contact with in the blogging community.  People talk, and it’s best when people are talking nicely. 🙂 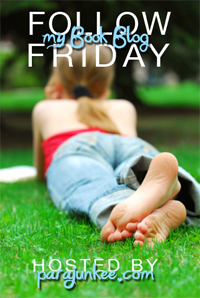 The question over there this week is:

What books have bitten you?

My Answer:  Well, are we talking recently or am I choosing out of all the books I’ve ever read?  The most recent book that has tugged me into a state of absolute bliss was Cathie Beck’s Cheap Cabernet.  I just really found the story of friendship to be so blatantly, openly REAL that I could not put the book down. It was refreshing to read some obviously raw emotion.   As a youngster, the books that most made me giddy were the Black Stallion books by Walter Farley.  Those and Joanne Campbell’s Thoroughbred series were pretty much what I devoured just as quickly as my parents or grandmother would buy them for me.  The Last Vampire series by Christopher Pike was also a huge hit with me.  (Those books have recently been retitled and republished as Thirst No 1 and Thirst No 2, with a previously unpublished sequel/continuation of the series arriving sometime in October, ohmigosh, so EXCITED.)

And I think that’s that.  As usual, if you comment here saying you’ve followed me (either through GFC or Twitter) I will very happily follow back.

Also, take peak here at my 50 & 200 follower Giveaway: I’ve already reached the 200 mark on Twitter, thank you guys a lot! Will you help me get to 50 GFC followers this weekend?

Hey, thanks for hopping over to http://www.susanknann.co.uk I’m hopping back and loving the site. I am now stalking you 😉

Good morning I am impressed with the number of
followers on Twitter.I found you the the crazzy- for books hop. Also I am curious. How is it on Library
Thing?

Hopping by to say Hi! I am a new follower.
Have a great Weekend!
Misha
My Book Blogger Hop

Happy HOP! I personally like doing the weekly memes like this one and visiting the blogs that take part. I get that chance to come by, say hi and check out what’s new. I really believe that to have people visit, you need to be out visiting yourself and not just sit back and expect everyone to come to you. So far this has been really helpful and I’ve met alot of great bloggers 🙂

Come HOP by my blog and visit

I love the look of your blog. The colour is beautiful and it’s got lots of info but is very clean!

Hi there! Came by via the hop and FF. Love your blog colors and design (I’m a pretty visual person, ha). 🙂 Great answers on the social media stuff. Happy Friday!

Hi,
I’m stopping by your blog on the Blog Hop and for Follow Friday. I hope you have a beautiful weekend and get lots of reading done. 🙂

Hello, I’m stopping by from the blog hop and Follow Friday. I’m a new follower and I look forward to reading more of what you have to say about the books you’re reading.

Happy weekend. Come see how I use the social networks.

So glad to have found you via FF. I’m your newest Follower!

I used to love Christopher Pike. Back in the old days, he wrote YA mystery/suspense novels, no paranormal that I remember. I LOVED his books. Then, I sent him a fan letter and I was crushed when he didn’t respond. I didn’t read him after that 🙁 LOL

Anyway, have a fabulous weekend!

Stopping by on the hop and follow. New follower. Have a great weekend. Hope you can stop by mine
http://booknoise411.blogspot.com/

I’ve really been dragging my feet on the whole Facebook thing, mostly because I don’t even care that much for my personal one, lol! And seeing your response only encourages me to keep on draggin’ em! 😉

I actually don’t think I’ve read ANY of the books on your list of ones you’ve been bitten by… which shocks me!! Except maybe the Christopher Pike ones… I read so many R.L. Stine and Christopher Pike when I was younger that I can’t keep them straight!!!

Hello, I’m stopping by on the book blog hop. This looks like a great blog, so I plan to hang around and read a little. I agree with you about the long week;)

Stop by my blog if you like to see how I get the word out: