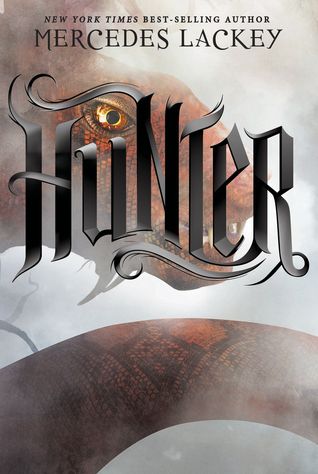 Where’d I Get It: Purchased from Barnes & Noble

Synopsis (From Goodreads): They came after the Diseray. Some were terrors ripped from our collective imaginations, remnants of every mythology across the world. And some were like nothing anyone had ever dreamed up, even in their worst nightmares.

Long ago, the barriers between our world and the Otherworld were ripped open, and it’s taken centuries to bring back civilization in the wake of the catastrophe. Now, the luckiest Cits live in enclosed communities, behind walls that keep them safe from the hideous creatures fighting to break through. Others are not so lucky.

To Joyeaux Charmand, who has been a Hunter in her tight-knit mountain community since she was a child, every Cit without magic deserves her protection from dangerous Othersiders. Then she is called to Apex City, where the best Hunters are kept to protect the most important people…

My Thoughts: It’s been ages since I’ve been in the habit of sitting down and reading a book until I actually finish said book. Life’s just too busy. However, this book had a dragon on it, and if you know me you know that I just have this thing for books or games or whatever the heck else with dragons in them.

The first couple of chapters are rambling, as if the author knew what she wanted to say but not quite how to say it. It isn’t written poorly, it’s just not quite as succinct as it could have been. No real downer, but I’d have liked more depth. However, once you get further into the book, the story begins to flow more and you’re drawn in. It’s a rather easy read from that point on, and the story’s a good one. Unfortunately, there’s not quite as much dragon as one would assume from the cover of the book. Yes, yes… I know. Don’t judge a book by its cover. I get it. Still, my honest opinion was that I saw dragons, I expected dragons, I got very few dragons. Oh well. The story (regardless of amount of dragon) was enough to keep me reading. That’s the most important part. I’ll be getting the next books in the series – but not in Hardcover.