So as I said, I managed to get to The Ridiculous Bookstore and snag a few books.  Their 5 for $1 section wasn’t as full and lovely as I remember it being, so I avoided that section and went back to “Children’s”.

My new additions are:

Hit and Run by Lurlene McDaniel

It was an accident. But when the people involved don’t come forward, doesn’t it become a crime?
Four young people whose lives intersect, who never dreamed of hurting each other. Each makes choices that cannot be changed. Each needs to take the consequences of those choices, to find love, to face reality, and to go on.

Alan of Trebond, the best warrior in the palace, is harboring a big secret: he is really a she – Alanna. But when her prince is felled by an illness, Alanna has no choice but to use her healing magic – even if it means ruining her career.

When She Was Good by Norma Fox Mazer

In the sad, shabby trailer where Em Thurkill lived her first fourteen years, suffering her father’s alcoholic rages and her mother’s deathly silence, and in the three she lived trapped with her violent, unstable sister, there seems more than enough to end even the dream of hope.
Yet Em Thurkill’s story is a story of how hope outlives brutality. It is a story of one girl’s sweetness, and almost unbearable pain.
Heartbreaking, mesmerizing, and ultimately transcendent, When She Was Good is a tribute to the astonishing resilience of the human soul.

Birth of the Firebringer by Meredith Ann Pierce

Jan, the prince of the unicorns, is high-spirited, reckless-and the despair of his mighty father, Korr. Reluctantly, Korr allows Jan to accompany the other initiate warriors on a pilgrimage. Soon Jan’s curiosity leads him, along with his friend Dagg, and their mentor, the female warrior Tek, into the greatest dangers-deadly gryphons, sly pans, wyverns, pards, and renegade unicorns. Yet time after time they are rescued, leading Jan to wonder: Am I the heir to a special destiny?

For Janie and Cabel, real life is getting tougher than the dreams. They’re just trying to carve out a little (secret) time together, but no such luck.
Disturbing things are happening at Fieldridge High, yet nobody’s talking. When Janie taps into a classmate’s violent nightmares, the case finally breaks open — but nothing goes as planned. Not even close.      Janie’s in way over her head, and Cabe’s shocking behavior has grave consequences for them both.
Worse yet, Janie learns the truth about herself and her ability — and it’s bleak. Seriously, brutally bleak. Not only is her fate as a dream catcher sealed, but what’s to come is way darker than she’d feared…

Where I Want To Be by Adele Griffin

Once, Jane was the big sister, teaching Lily to play make believe and protecting her from thunderstorms. But then Lily grew up. She started making friends and dating boys, while Jane wanted to go on playing make believe forever. For Jane, the line between fantasy and reality had always blurred, whereas Lily lived for a future bright with expectation and change. Inevitably, the sisters found a gulf widening between them-Lily reveling in her newfound love, while Jane could only watch, frustrated, from the sidelines. How had her little sister managed to eclipse her?
Then tragedy struck. But the story was not over. . . .
Adele Griffin has crafted a spellbinding book, told in the alternating voices of two very different sisters dwelling on opposite sides of life and death, who are bravely trying to overcome the void and bring light to each other.

Cheating, partying, blackmail, and now…murder?
Can the Billings Girls remain untouchable?
Reed’s boyfriend, Thomas Pearson — the popular, easygoing, irresistibly handsome and charismatic boy she fell in love with — is dead. No one knows how it happened, and everyone is after the truth. Or are they?
Life at Easton Academy begins to feel very different. Taylor is acting like the poster child for Prozac, Kiran is spiking her cornflakes, Noelle is being kind of…nice, and Arianna keeps floating along as if nothing has happened.

Now it seems some (well, two) of these are either the 2nd (Fade) or 3rd (Untouchable) in a series, so I suppose I’ll have to buy the books that go before them.  OH GEE, an excuse to buy more books!!  The beautiful thing about these was that I had credit at the bookstore for them, so they cost me around, oh, $0.  Freeeeeee, yay!  Of course, I have to find a way to get them home along with all of the baby shower stuffs, but hey – wutevah!

On that note, I’m going to go take a nap.  I leave you with this… 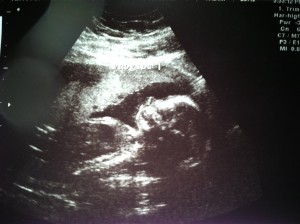 I live in Gulfport as well. Another great bookstore to check out is The Book Bag off of Hewes Avenue 🙂

[…]A lot of people are tweeting about this subject right now[…]…