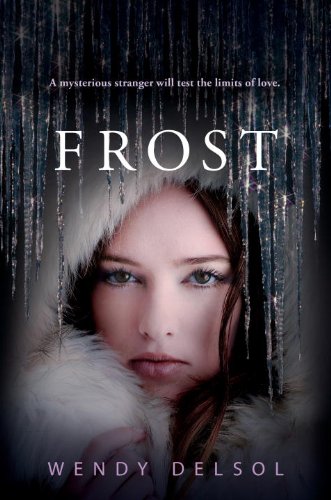 Where’d I Get It: For Review from the Publisher

Synopsis (From Goodreads): In this sequel to STORK, Katla Leblanc has to employ her grit, spirit, and special gifts to rescue the boy she loves.

After the drama of finding out that she’s a Stork, a member of an ancient and mystical order of women, and that her boyfriend, Jack, is a descendent of the Winter People able to control the weather, Katla Leblanc is delighted when all signs point to a busy and peaceful Christmas. That is, until the snowstorm Jack summons as a gift to Katla turns into the storm of the century, attracting Brigid, a gorgeous scientist who, in turn, attracts Jack. Between the school play, a bedridden, pregnant mother’s to-do lists, and keeping an eye on her aging grandfather, Katla doesn’t have time to question Brigid’s motives or deal with Jack’s increasingly cold behavior. But Katla’s suspicions mount when Jack joins Brigid on a research expedition to Greenland, and when the two of them go missing, it becomes clear that Katla is the only one who can save her beloved Jack from the Snow Queen who holds him prisoner. Adventure, romance, and myth combine in this winter escapade for teens who like a bit of fire with their ice.

My Thoughts: After not entirely falling in love with Stork, the first book in this series, I was hesitant and skeptical when diving into the sequel.  I do love a good fairytale retelling, and this book is…of a sort.  There’s some hints of The Snow Queen by Andersen, but what could have been a lovely story was bogged down by smatterings of other tidbits of folklore from different cultures and times.

Katla has only grown up a little bit. To me, she seemed to still come off as the shallow little chit she was in the first book. I cannot believe someone like that would be tasked with such a hugely important thing.

Also, why in the world is this series called the Stork series? It’s not about babies being given to families, it’s about a teenager’s love affair.

I can still appreciate the author’s writing style.  I finished the book even though I didn’t really love the story – and it’s all because she knows how to weave words nicely.

Anyway, I’ll just stop there.  I probably will not read the third in the series, Flock.  Or maybe I will, just to see if there’s ANY focus on the actual business of storks.  You know, the baby bit that was promised?

My review of the first in the series, Stork.