The Skein and the Pair by Kathy Flanary Nelson

Title:  The Skein and the Pair 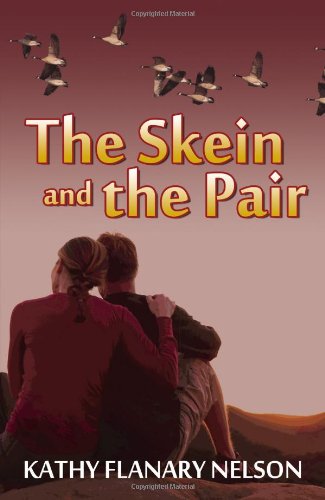 Synopsis (From Goodreads): Fictional, educational but humorous, The Skein and the Pair will give you another gander at the geese where Kathy Flanary Nelson cleverly weaves the nature of wildlife and humans together.

My Thoughts:  The Skein and the Pair is a story about two pairs of geese (Nathan & Annika and Seth & Sophia) and the human couple who watch over them.  There is personification in the geese, which I think is fairly well done, and from what I’ve read over the last few days, Ms. Nelson is spot on with her depiction of the way the geese live and react to their surroundings.  The story itself is downright darling, though it reads as though it is a rough draft written hastily from an outline.

Ms. Nelson has managed to capture the world of geese in a clever, charming way that leaves the reader smiling and feeling good about the story.  That said, this novella leaves a lot to be desired in the way of editing.  I’m giving leniency for it being self published,  but really, the number of errors with dialogue quotation, spelling, and basic grammar usage was a touch overwhelming.

I laughed, I gasped, I was involved and wanted to know more about what was going on.  I did not put this novella down until the last word was read, but I wish it had been a lot more polished than it was.  A few revisions through a good editor and Ms. Nelson could have something special on her hands.

If you judge a book by it’s cover I would have never picked this up but you did such a great review I will consider it!